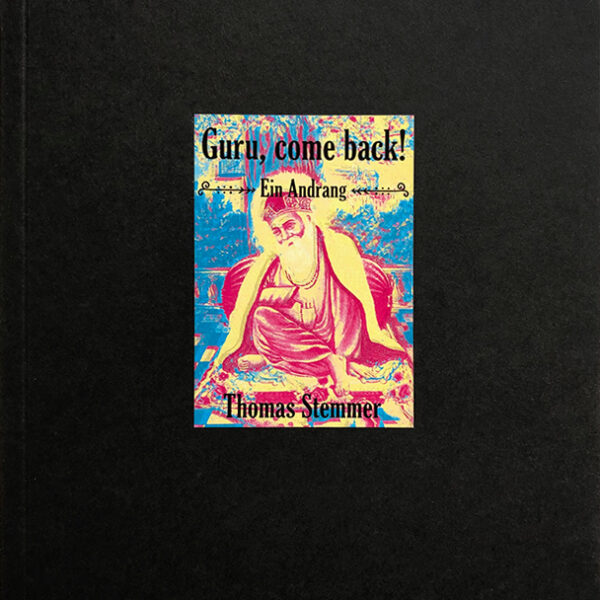 “Thomas Stemmer was born in 1963 in Weiden, Bavaria, where he attended grammar school. Stemmer studied ethnology at the University of Heidelberg and graduated in cultural studies at the University of Bremen. He teaches at the University of Seville, Spain, where he used to live until he relocated to Alsace, France in 2019. While living in Spain, Stemmer published an acclaimed poetic essay on the Pakistani community in Barcelona. Before that he published a literary essay on the German region of Franconia together with Klaus Gasseleder and the volume Nur für Flaneure!, in which he lends voices to literary heroes such as Arthur Rimbaud, Hermann Hesse, William Burroughs, Ernst Junger and others. In 2017 Stemmer’s compilation WALD. Gedichte & Objekte appeared with 28 poems which have the forest as a subject. His essay Guru, come back!, now published as Moloko chapbook #10, reconciles in an original way oriental and occidental philophies and leads, via Arthur Rimbaud, Kenneth White, Ernst Junger and Friedrich Rückert, back to Friedrich Nietzsche. Anneke Auer’s design makes Guru, come back! a lovely chapbook, that presents Stemmer’s text in the best possible way.” 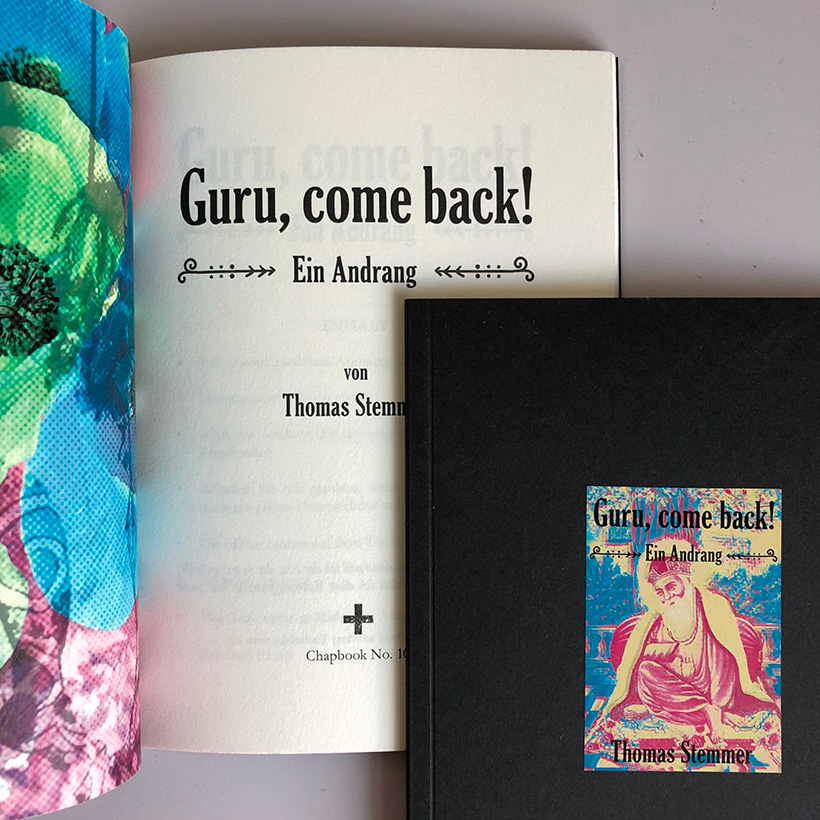